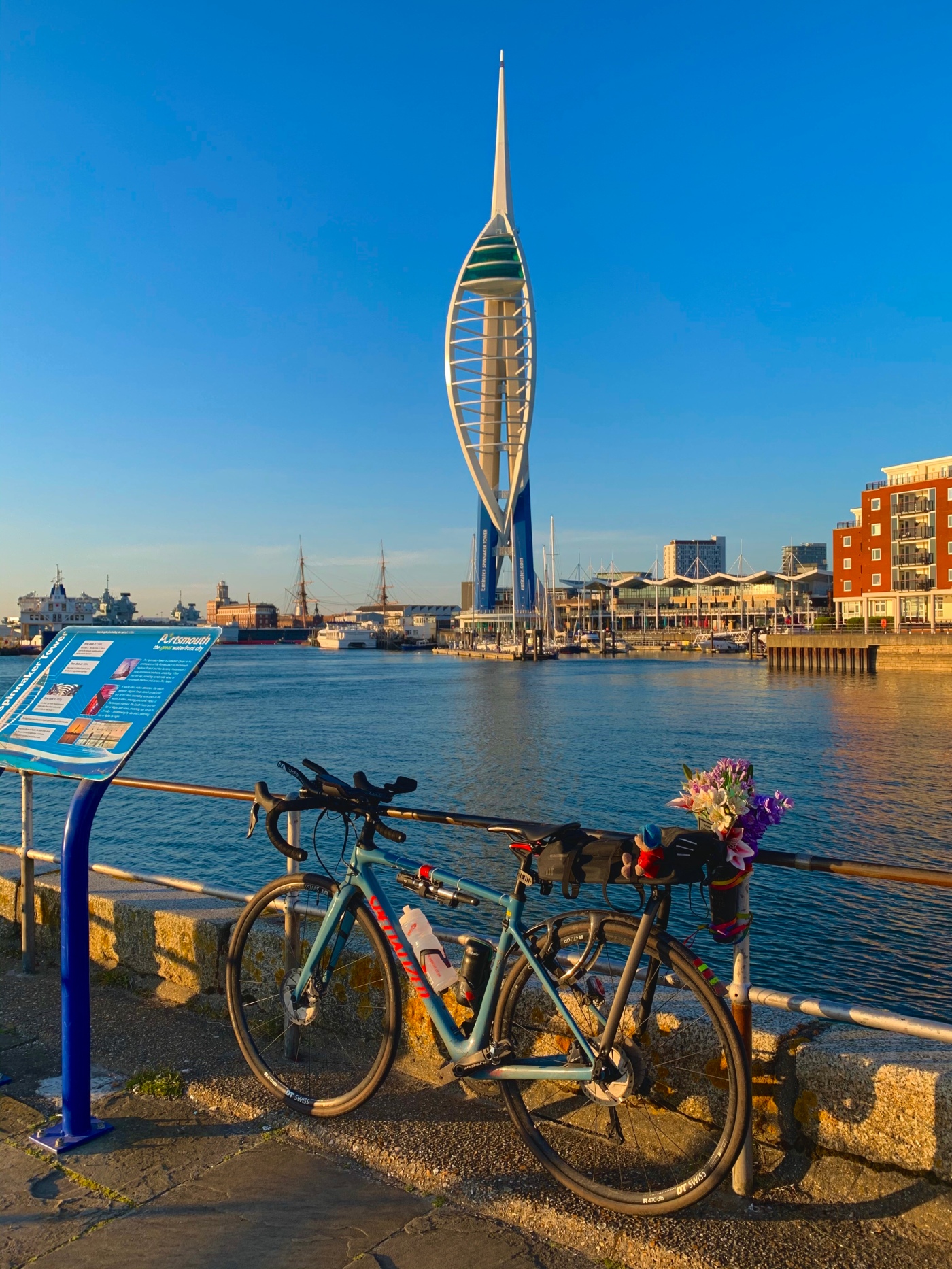 Hurrah, another weekend at home adapting to our new normal.  On Saturday this meant that the Hubster whizzed around the house cleaning windows, dusting, clearing weeds from the garden, doing washing etc.  Since it’s not something he does much of normally, I kept out of his way.

After three weeks of reduced exercise, and jumping on the scales to realise that I have gained 1/2 stone, I knew that I needed to pull my finger out and start recreating my daily exercise habit.

One problem though is that I am now sharing the turbo trainer with the Hubster.  Before the current pandemic, he had been training for his first Triathlons with a hope to be doing Ironman distances in the Summer.  But since his swimming has come to a complete stop, and his running is much reduced, his main exercise now is the Turbo. We have both decided to continue with our coached programs, although these have been adjusted based on current limitations.  It is a challenge though for our coach to prepare our programs so that we don’t clash on resources, and we have had to create a Turbo diary.  Unfortunately on Saturday, my intention for an afternoon FTP test was scuppered due to a 2 1/2 hour session that Hubster embarked on in the late afternoon.

I hadn’t taken my daily outdoor exercise by then, so I went out on my bike.

I am very proud of the people of Portsmouth.  After the mass crowds as reported in my first lockdown post, Southsea this time was silent. The Police once again closed off the seafront roads and carparks, and so there were a few walkers, runners and dog walkers only.  But at 6pm, it felt more like 6am on a Sunday morning.

I moved to Portsmouth in 2004, and thought that I knew the Island quite well, but on these quiet local rides, I am spotting more things that have been previously unoticed behind the bustle of normal life. Not having to worry about traffic, makes us more aware of the environment we ride through.  The sky was beautifully clear, and I have come to wish it was possible to ride like this more often.  These rides over the last week or two remind me of riding through parts of Europe, especially France.  In France, there never appears to be much traffic, other than during key commute times.  As soon as 6pm comes, the roads become silent, although village squares see people wandering to the Tabacs and Boulangeries. If it can be like this in France, what stops us from living outside of the car in the UK?

I see now more people walking or cycling now for transport, and I really hope that if they appreciate doing it now, that they will be encouraged to continue once we are released from our homes.  It would be lovely to see more people on the streets, and less in their cars.  Our city is perfect for walking and cycling, being flat and relatively compact. With improved infrastructure, we could quickly go from being a congested island with an air quality issue, to a tranquil but lively place, with clear air and blue skies.

On Sunday, I had a planned (virtual) trip to the Netherlands.  On the RGT Cycling app, you can load up routes of up to 100k, and then ride them with your friends.  So the lovely Jasmijn Muller, who had also been planning on riding the Race around the Netherlands loaded up the first 100k of the ride, and invited others who had been planning on doing the race.

I prepared myself by clearing the garden (back yard really), and setting up the turbo outside for a change.  I didn’t want to miss out on the sunshine, and I didn’t want a 4 hr turbo session in the house.  One obvious advantage was the possibility of avoiding those dreadful arm tanlines from cycling jersies, that mess up all chances of being able to wear strappy tops in the summer. But sadly for me, I couldn’t load the course, and eventually gave up.  It appears that a couple of others had issues, but the rest rode without too many issues. Eventually I decided to not put the sunshine to waste, and completed a Sufferfest FTP test – only to find that it had dropped considerably.  If ever I needed motivation to sort out my training during lockdown, that was it.

This weekend, I had planned to complete my first 300km ride of the year, with an extra 100km after for good measure – Training for the Race around the Netherlands.  It would have been perfect weather.  Instead I completed about 35 miles in total.  Was I sad?  A little, but also it was nice to have a weekend at home, in the sunshine, getting stuff done.  When all this is over, all those jobs that we’ve been putting off due to training will be up to date, and we can train guilt free.